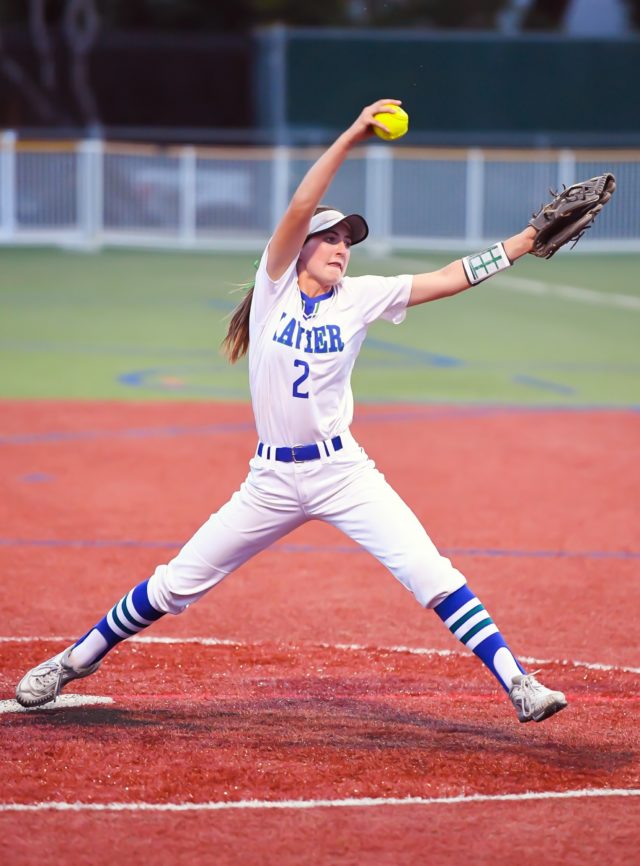 As a freshman Riley became the starting pitcher for the Varsity Gator’s Softball team.  She led the team to a 17-5 record and 5th place finish in the 6A State Tournament.  She recorded 17 wins, with an ERA of 2.148 and recorded 144 strikeouts – she also batted with a 0.437 batting average.

Her biggest game this spring was against top ranked Hamilton High School, in this 1-0 victory for the XCP Gators, Riley pitched a no hitter and hit the solo home run that won the game.  She received the 6A Premier Region “Player of the Year” award, 6A All Conference first team, and Xavier College Prep MVP.

She finished her 14U club softball experience with the AZ Firecrackers this summer competing at the PGF Nationals in Huntington Beach, CA.  This fall Riley has joined the 18U AZ Hotshots Gold and will be playing in tournaments across the country.

Academically, Riley has a 4.3 GPA and received academic first honors. In her spare time, Riley plays the piano and is an active member of the National Charity League.

Get to know Infinity Fitness with a free class... We're here for You!